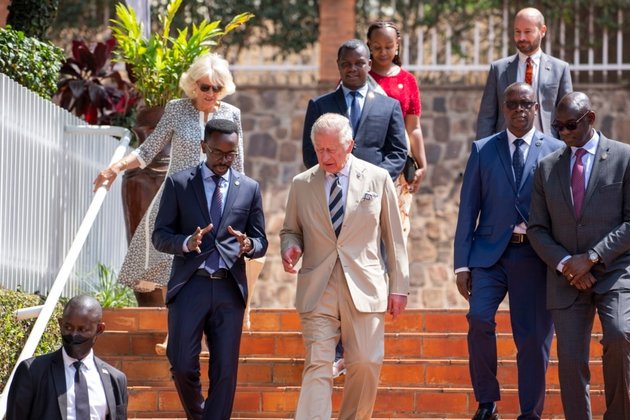 Rwanda is preparing to welcome leaders of 54 nations for a Commonwealth Heads of Government Meeting Friday in the capital, Kigali.

The Commonwealth was formed in 1931 as the British Empire began to break up and nations claimed their independence. Its stated aim is working toward shared goals of prosperity, democracy and peace. Rwanda and four other countries are not former British colonies.

This week's summit, which has been postponed twice since 2020 owing to the coronavirus pandemic, is being overshadowed by concerns over human rights abuses in Rwanda and Britain's plans to send asylum seekers to the African state for processing there.

"The Rwandan government has been very keen to have (the meeting) in person so it can showcase the country and showcase the capital," says Professor Philip Murphy, the director of the Institute of Commonwealth Studies at the University of London.

Rwanda denies the government commits human rights abuses. Supporters of Kagame say hosting the Commonwealth meeting is another milestone in the country's rapid development since the 1994 genocide, in which around 800,000 people were killed.

Civil society groups in Rwanda complain of a lack of media and political freedom.

Rwandan journalist Eleneus Akanga fled the country in 2007 after the government closed his newspaper. "My crime was reporting the truth. I had written a story, or I sought to write a story about journalists that were being beaten by unknown people. And it turned out that these journalists thought that the government was beating them up using state agents. I found out later that they were going to charge me with espionage."

Akanga then fled to Britain and was granted political asylum in 2007.

Earlier this year, Britain signed a deal with the Rwandan government to send back asylum seekers arriving on its shores for processing in Rwanda. The first flight was due to depart last week but was blocked minutes before take-off by the European Court of Human Rights.

Critics say the policy breaches refugee law. The British government says the policy is legal and will deter migrants.

"When people come here illegally, when they break the law, it is important that we make that distinction. That is what we are doing with our Rwanda policy," British Prime Minister Boris Johnson told reporters June 18.

Britain has forged close ties with Rwanda since the latter joined the Commonwealth in 2009, says Murphy.

"Kagame has got strong links with the British Conservative party. He's got a lot of supporters there. So I think that this asylum deal probably developed on the back of that special Commonwealth relationship," Murphy said.

"It is astonishing when you see the British government, which has given people like myself asylum, now being the same government that is out there telling us that somehow, Rwanda has transformed so much so that it is a country they are willing to send the most vulnerable asylum seekers that there could be to, because they believe the situation has changed. And we know it hasn't," Akanga told VOA.

The Commonwealth meeting will be overshadowed by the dispute over Britain's asylum policy, says Commonwealth analyst Murphy.

"In a way it's focused international attention on Rwanda's human rights record," he told VOA. "Since the 1990s the Commonwealth has tried to reinvent itself as an organization that's united more by common values than by common history. The problem is it hasn't been very good at policing those values."