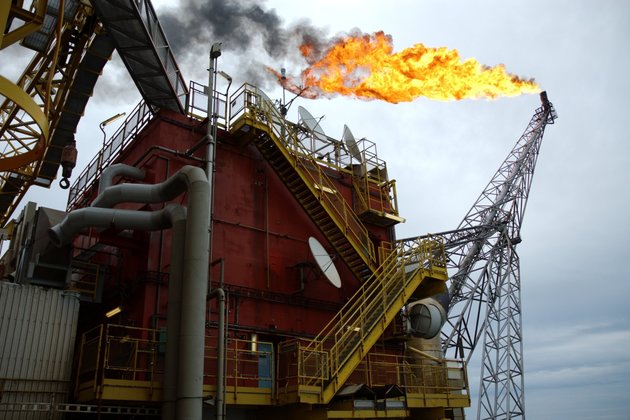 Who wins as energy bills soar? Oil and gas companies

Your annual energy bill could rise by another Pound 800 in October according to UK electricity and gas market regulator Ofgem, which is set to lift the cap on energy prices (the maximum that energy suppliers can charge customers on a default tariff) in the autumn. The cap was already raised by Pound 693 last month, bringing the average annual bill to Pound 1,971. October's hike could see household energy bills reach Pound 2,800 for the year.

Don't have time to read about climate change as much as you'd like?

Get a weekly roundup in your inbox instead. Every Wednesday, The Conversation's environment editor writes Imagine, a short email that goes a little deeper into just one climate issue. Join the 10,000+ readers who've subscribed so far.

Why are energy prices going up and up? According to Sara Walker, a professor of energy at Newcastle University, the answer is simple: "Gas is almost four times more expensive than this time last year." The UK is a net importer of fossil gas, which is used to heat boilers in 85% of homes nationwide and generate a third of the country's electricity.

A spike in demand for gas as countries emerged from pandemic lockdowns last year, supply complications due to Russia's invasion of Ukraine and the UK government's failure to renew gas storage sites have all sent prices soaring, Walker says.

The result has been almost a quarter of homes entering fuel poverty. In other words, 6.5 million households are now unable to adequately heat their homes, which is "staggering for a developed country", Walker adds.

Breaking down where all that extra money is going, Walker reveals a 104% increase in the wholesale price of energy (largely tied to rising gas prices) which now accounts for roughly Pound 1,000 of an average annual bill, compared with Pound 500 before the cap was lifted.

"Networks are the next biggest cost, making up around Pound 371 of the new cap - an increase of 39%," Walker says. "Part of the increase in network cost is because many smaller energy suppliers have gone bust recently, and when a supplier goes bust, other companies are asked to take on their customers."

These "suppliers of last resort", as they are called, have operating costs (such as paying workers to manage customer queries and complaints) which cannot be recovered when they take on new customers. Instead, "the cost is spread over everyone's bills", Walker says.

If customers are being made to prop up the market by paying significantly higher bills and many energy suppliers have already gone out of business, who is actually benefiting from the present arrangement? The companies extracting the increasingly lucrative oil and gas in the first place, Walker explains. And their big profits "are primarily because of the sales of oil and gas they are making in the wholesale market, so this is different to the profits of your energy supplier," she says.

If fossil fuel companies raking it in during an unprecedented squeeze on living standards seems unfair, then Lee Towers, a PhD candidate in energy and politics at the University of Brighton, has worse news. He argues that injustice is baked into the way the energy market operates, and that it's not just galling for struggling consumers, it's a major obstacle to cutting emissions.

"On top of their energy use, every home in the country is paying extra on their bill to cover the cost of retrofitting programmes to increase the energy efficiency of homes, help for those in fuel poverty and subsidies for renewable [energy] generation," he says. "All of these costs are added to energy bills at a flat rate."

Towers explains that, in practise, this means "those on the lowest incomes pay a six times higher share of their income for the [green] transition than the highest income group, who also happen to have the highest CO₂ emissions on average".

"Through energy bills, people in the lowest income groups effectively self-fund their own fuel poverty support, including measures like the warm home discount - a one-off winter payment of Pound 140 towards energy bills - while also paying towards measures that mainly benefit higher income groups, like subsidies for rooftop solar panels."

Towers believes that letting the cost of decarbonising the UK's energy system fall disproportionately on the poorest is "slowing the speed and reducing the motivation for a transition in the first place". So what's the alternative?

Gordon Walker is a professor at Lancaster Environment Centre. Writing in the aftermath of the February 2021 Texas blackouts, when fierce winter storms downed power lines and left millions shivering without heat or electricity, he argued that we must rethink the idea of energy as a commodity, and instead treat access to it as a universal right.

"When the power fails, the consequences can be devastating. Those most vulnerable to the cold or heat - older people in particular - and those living in poor quality housing, can die as a consequence of technologies losing their power. This adds to the background toll of 'excess deaths' linked to energy poverty on an annual basis," he said.

While UK residents have a legal right to not have their water supply disconnected if they can't meet bills, there is no such provision in place for those struggling to cover the cost of energy. The result is that people die - from exposure, or spoiled food and medicine - when they can no longer afford to pay.

One in ten people worldwide don't even have basic electricity provision. And yet, as Gordon says: "energy enhances many of the basic capabilities of a decent life, not only good health, but also education, communication, livelihood, self-respect and conviviality".

The idea of a universal right to energy seems less far-fetched once we remember how essential energy is to almost everything we need to do, Gordon says.

"Nobody really wants to consume energy per se. It is the heat, light, cool, communication, mobility and so on that are really valued and that really matter. There should therefore be much more focus on realising such services in ways that minimise energy use and energy bills, and cutting energy demand as part of zero carbon trajectories."

If you liked this, please consider donating to The Conversation. Your support ensures we can continue to share the voices of experts on the world's most pressing challenges.